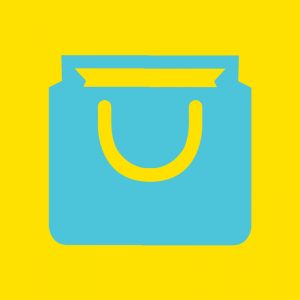 It’s sometimes said that “it’s all just marketing.” Perhaps not so much anymore. Arguably, there’s marketing, and then there’s Shopper, which is better understood as a business than a marketing strategy.

Shopper is much more about commercial innovation — that is, making improvements in the way consumers experience brands while shopping — than it is about marketing in a more traditional sense.

The Fourth Confab on the Future of Shopper, at the Yale Club in NYC on October 24, 2017, more than underscored the vital role this relatively young discipline plays in an emerging era that thrives on connecting the dots between consumers and shoppers, brands and retailers.

This new phase is premised on the belief that Shopper is not built on sales, marketing, retail or brand tactics alone. Rather, it is grounded in a holistic business strategy that rises on the strength of two defining ideas:

Our five-hour discussion was predicated on a shared belief in Shopper’s pivotal place within the organization at a moment when so many brands have been reduced to commodity status in part because of their ubiquity at retail, both online and in stores. While sometimes dismissed as a grab-bag of discounts and homely, anti-brand promotional gambits, in fact Shopper is a complex business idea based on the alignment of brand and retail goals and objectives, and blending of consumer and shopper insights.

Much of the day’s give-and-take among the 11 participants centered on the indispensable part that Shopper plays within brand and retail organizations. This role largely is a function of Shopper’s unique insights into how consumers behave as shoppers, and why they make the brand decisions the do under a range of circumstances, both emotional and practical. Equally important is Shopper’s singular perspective on the retail environment, and why retailers do what they do.

These factors matter for one simple reason: we now live in an age where brand interactions and transactions are inextricably linked, thanks to that pocket-sized marvel formerly known as the cellphone. As one Confab member pointed out, it’s a period that pretty much began in 2008, with the introduction of the Apple iPhone. As it happens, most Shopper departments were established at around the same time. Almost a decade later, if the transition into this new age of commerce and commercial innovation is not yet complete, it is pretty darn close.

We are now all shoppers, all the time.

The innovation imperative. Shopper’s place in the digital world will depend on an ability innovate, and clearly we are in the very early stages of exploring that potential. Much as brand folks initially viewed digital as a cool new way to deliver advertising messages, some in Shopper at first saw it as a nifty coupon dispenser. Everyone now knows the potential is much larger, given how all things digital so completely permeate everyday life. Shopper’s ability to engage and connect emotionally and to inspire is clear, though still underdeveloped. 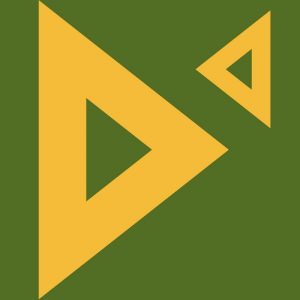 A unique vantage point. Shopper also occupies a special place within the larger enterprise, which is both a strength and a weakness. Sometimes it is housed within the brand group, which oftentimes underestimates the challenges of connecting with shoppers at retail. Sometimes it resides within sales, which frequently focuses only on the value of short-term promotions. Sometimes it sits somewhere in between the two.

It’s time to re-align. Too often, Shopper is bounced back and forth between marketing and sales, like a ping-pong ball. Where it lands largely depends on the goals and objectives of the organization itself. That it so often finds itself in limbo suggests that the goals and objectives at some organizations are less than clear. As one Confab member put it: “Shopper has been this strange little land where it is whatever the hell you say it is.”

From metrics to sabermetrics. Yet Shopper’s place in between silos, as not quite brand and not quite sales, gives it a valuable understanding and appreciation of both, and the potential to bridge the gap and mediate the perpetual struggle between the two. Shopper is the “moneyball” of the brand and retail experience; that is, an undervalued asset.

Finding common ground. This understanding of what separates Shopper from the rest of the brand and retail universe matters, but it pales in comparison to what it shares. The key to the future of Shopper, and the brand/retail concept in total, is not what makes it different. Nor is it about morphing marketing into sales or shopper into sales and marketing, or tearing down silos. It’s not about re-litigating the divisions of the past or competing in the present.

A culture of specialists. It’s about each specialist understanding each other’s expertise, and how everyone works together toward the shared values of the organization in total. It’s about a collaborative culture, not a competition. It’s how the success of each depends on the success of the other, and we are all part of the same business strategy.

That’s not just the future of Shopper; that’s the future, period.

A chorus for change. This may appear to be an outsized conclusion to draw based on a mere five hours of conversation on a rainy Tuesday in October — and it is. As the fourth Confab on the Future of Shopper, it built upon three previous meetings. The 11 voices in the room both echoed and amplified those of dozens of others heard during similar discussions over the preceding 18 months, as well as previous interviews and other research conducted over the past three years.

Moving at the speed of shoppers. Specifically, the cumulative effect of our day at the Yale Club was further informed by two additional Confabs on the Brand Experience, during which about a dozen chief marketing officers from a diverse set of major brands pondered the future. Layered on top of this are two research studies, one on Shopper and the other on brand, that provided additional intelligence as well as a framework in which to consider and begin to map out what it will take to get from here to there — not consumer or shopper, not marketing or sales — but to a “new age of commercial innovation” predicated upon the brand and retail experience as a single idea, moving at the speed of shoppers.

The four dimensions of the brand & retail experience 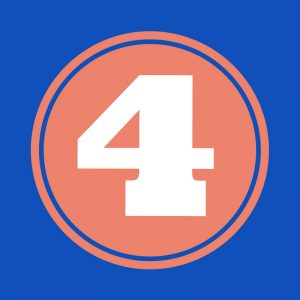 While much murkiness remains, order is discernible within the chaos by breaking down the challenge into four overlapping areas, or dimensions: organization; innovation; implementation; and measurement. It is all too easy to chase after any one subset of these four dimensions — especially the bright, shiny objects of digital and big data. Some discipline is best brought to bear on the process, and establishing a framework is helpful:

Organization: What must be done from an organizational, structural, or operational standpoint to make the brand/retail experience an integral part of the company culture?

Innovation: How must a brand or retailer anticipate, embrace and design a culture of innovation to optimize the brand/retail experience?

Implementation: What are the most effective ways to bring a brand/retail strategy to life across the many consumer and shopper interactions that define the brand/retail journey?

Measurement: How to determine that the brand/retail experience is producing sales, profits, health and growth?

Excellence in, and symbiosis between, all four dimensions — organization, innovation, implementation and measurement — is critical to harmonizing the brand and retail experience. Each dimension is embedded within and dependent upon the other. They must be viewed holistically, in osmosis. In future updates, we will examine and explore each of these four areas in detail.