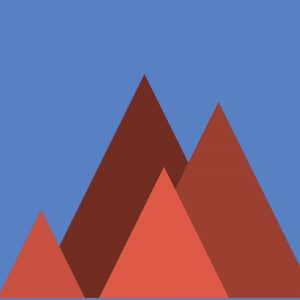 Darren Serrao, former head of innovation at Campbell Soup, and now Chief Growth Officer of ConAgra, says that “innovation is about creating long-term, sustainable growth through differentiated solutions that bring new meaning and value to consumers.” He also says this:

Innovation is a way of life. The linkage between innovation and the company culture is made clear by Steve Battista, a longtime brand chief at Under Armour: “Innovation is not a department; it’s a way of life. It’s not just about the next product that we commercialize; it’s about everything from how we run our cafeteria to how we tell our story.”

From this perspective, innovation is the brand/retail experience itself. It is an idea that solves a problem, and makes people’s lives better on a sustained, everyday basis. Its connection to profits is direct. Sometimes such changes are incremental; for example, a cap that’s easier to open or a jar that’s easier to pour. Other times they are transformative, as in the wave of emerging “sharing” services, like Uber and Airbnb, or electric cars, like Tesla.

Tesla vs. the dealership industrial complex. Tesla is a particularly instructive example because not only is the product itself innovative, but so is the way it is sold. It is a classic example of the convergence of brand and retail in this new era of commerce. Tesla is not only disrupting the internal combustion engine, it is also blowing up the dealership industrial complex that has long had a lock on the way vehicles are bought and sold. Yet Tesla didn’t invent the electric car, and its retail model is largely lifted from Apple’s.

In fact, Tesla’s original retail strategist, George Blankenship, previously served in a similar role at Apple. He explains: “When I started at Apple in 2000, most people knew one thing about Apple computers: They didn’t want one.” Apple changed that, in no small part, by opening stores in busy places and seducing consumers with eye-popping products and a great retail experience. “Our mission,” Blankenship says, “was really about getting in front of as many people as possible on a day-in, day-out basis and teaching them about Tesla.”

Yet another lesson in retail innovation from Apple. This is exactly what Apple did so successfully. The store’s primary purpose was not necessarily to sell anything right away, but rather to teach people about digital devices. The sales would come later — and they did — for both companies. That Tesla borrowed this idea from Apple doesn’t make it any less innovative. Tesla took someone else’s idea and applied it in a new way, making it its own.

Innovation cannot be divorced from the issue of organization. Can a silo’d organization, one whose denizens do not communicate, share, collaborate or understand one another, be innovative? It’s a rhetorical question. A dysfunctional, culturally misaligned organization is the opposite of innovative.

Flexing your empathy muscles. David Kelley, co-founder of design firm IDEO and the d.school for design thinking at Stanford University, believes that not only should everyone within the organization be involved in the innovation process, but also that everyone can be — and is — innovative. He told The New York Times that the idea is to build one’s “empathy muscle.” The goal, he said, is to create, tinker, and relentlessly test possible solutions … that people will actually use.”

The gateway to breakthrough insights & innovation. With his brother Tom, David co-authored a book called Creative Confidence, in which they defined empathy as “the ability to see an experience through another person’s eyes, to recognize why people do what they do.” They wrote: “We’ve found that figuring out what other people actually need is what leads to the most significant innovations … empathy is a gateway to the better and sometimes surprising insights that can help distinguish your idea or approach.” It would follow, then, that the gateway to empathy would open widest as retail and brand experiences in symbiosis.

How ‘big data’ can improve the customer journey. It is usually not long before any discussion of innovation arrives at the doorstep of big data, which stands ready to provide the requisite intelligence to find the gaps in the customer journey so they can be filled and the brand/retail experience improved. John L. Kennedy, a former IBM vice-president and currently the chief marketing officer of Conduent (a Xerox spin-off specializing in business process services), illuminates innovation as a data-driven concept at the nexus of brand and retail experiences:

“Marketers can build brand experiences that are that much more personal and don’t even feel like marketing, that feel a little bit more like a service. Marketing now is not so much in service of selling—which helps the marketer—but more in service of what the customer wants to do.”

Cheesecake Factory & the big-data promise. The full expression of big data in a retail setting can manifest itself in many — and sometimes surprising — ways. Donald Evans, chief marketing officer of The Cheesecake Factory, explains how big data helps the restaurant chain keep its brand promise to its patrons:

“Everything at The Cheesecake Factory is made from scratch every day in each restaurant. We have more than 200 menu items that require thousands of ingredients at 180 restaurants. We can do this because of our inventory system and the way we manage data through operations.”

From Marketing to Real Life 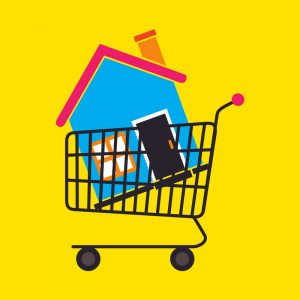 The “lock” of innovation in the brand/retail experience is the connection between products, services and real life. This transcends not only marketing as we’ve known it (which is mainly about the communication of brand promises). It is about the delivery of those promises. It is about demonstrating relevance, in the moment — not just in real time, but in a way that connects emotionally and makes the shopper’s day, if not life, a little bit better. It’s hard to imagine a forward-thinking CEO or CMO or brand manager who wouldn’t care deeply about achieving this.

The “key” to innovation in this realm is behavioral economics, which is the science of understanding why people make the decisions they do under a variety of circumstances. Behavioral economics stands in stark contrast to traditional economics, which assumes that people make decisions like economists — that is, on a rational basis, by carefully calculating the cost vs. benefit of alternative choices and then selecting whatever is in their own best self-interest.

Decades of groundbreaking research led by economists Daniel Kahneman and the late Amos Tversky point in a very different direction. The evidence is that nearly all of our decisions are based on taking mental shortcuts, or heuristics, that make otherwise complex decisions seem simple. These shortcuts are not rooted in rational calculations (which are hard work) but rather emotional triggers (which come easily). It all happens so quickly that we humans don’t even realize how irrational our choices are.

Behavioral economics brings a much-needed dose of reality to understanding consumers as shoppers, and shoppers as people. Shopper — as a business discipline — does exactly the same thing, as it is attuned both to how people make decisions, and more important, why they make those decisions. Despite its reputation for appealing to rational calculation (i.e., price discounts), Shopper in fact is the business of understanding why people do what they do while they are shopping — which today can happen anytime, anywhere, for any number of reasons. A brand cannot be built, sustained or grown without such understanding.

As Paul Newman once said: “You can get straight A’s in marketing and still flunk ordinary life.”

So, the first, and most important thing to understand about innovation in the brand/retail experience is that it is fundamentally about one thing: Real Life. In this respect it is unlike any other form of “marketing,” and in fact transcends marketing as we’ve known it to align with how people live their lives. It supports their wants and needs in real life, in each moment.

Part Four: Execution: Real-time Retail & Stranger Things
Part Five: Measurement: The Experience is the Metric
Part Six: Conclusion: Ask Not What Your Shopper Can Do For You