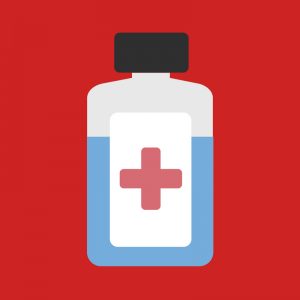 By placing brand and retail strategy within the context of how people make choices and live their lives, Shopper sits at the epicenter of accountability. Let’s also remember — and relentlessly remind others — that when Shopper is pursued as a commercial strategy, over the long-term, and stays true to its organizing principles to align brand and retailer goals and blend consumer and shopper insights, it has been shown to produce an ROI of 5:1. Some report an ROI of 8:1. Granted, it’s not always clear exactly how this is calculated and what it really means, but at the very least it points in a very positive direction.

Making sure that everyone outside the Shopper silo recognizes its outsized contribution to brand health and growth, more than anything else, is essential to Shopper’s future because ultimately measurement drives the understanding that determines budgets.

What, exactly, is the value that Shopper brings? This is a question of endless discussion, as it is undeniably difficult to distill Shopper’s contribution to the return-on-investment from other parts of the mix.

Many are challenged by the need to isolate the effects of Shopper initiatives on a by-retailer basis. It’s also true that some of the “softer metrics” — such as relationship-building between brands and retailers — can be hard to quantify and therefore not counted, much less credited to the Shopper initiative. “I also look at whether the initiative blocked competitive activity, for example,” says Mike Clifford of Kellogg’s. What impact did executing this event have on our ability to do other things?” He adds: “Once we infuse some of these softer measures, we start to win accolades from our customers because we helped them solve a problem. The softer measures can help persuade the brand teams of Shopper’s value, too.”

The prevailing opinion is that if the measurement issue is not adequately addressed, Shopper’s future is in doubt. However, it is also clear that “measurement” cannot be considered in isolation, as it is intricately and inextricably linked to the other key issues under discussion: the integration of sales, marketing and shopper; insights into both shoppers and retailers; and human resources/careers. A fifth issue — innovation — is also highly relevant to the matter of measurement. 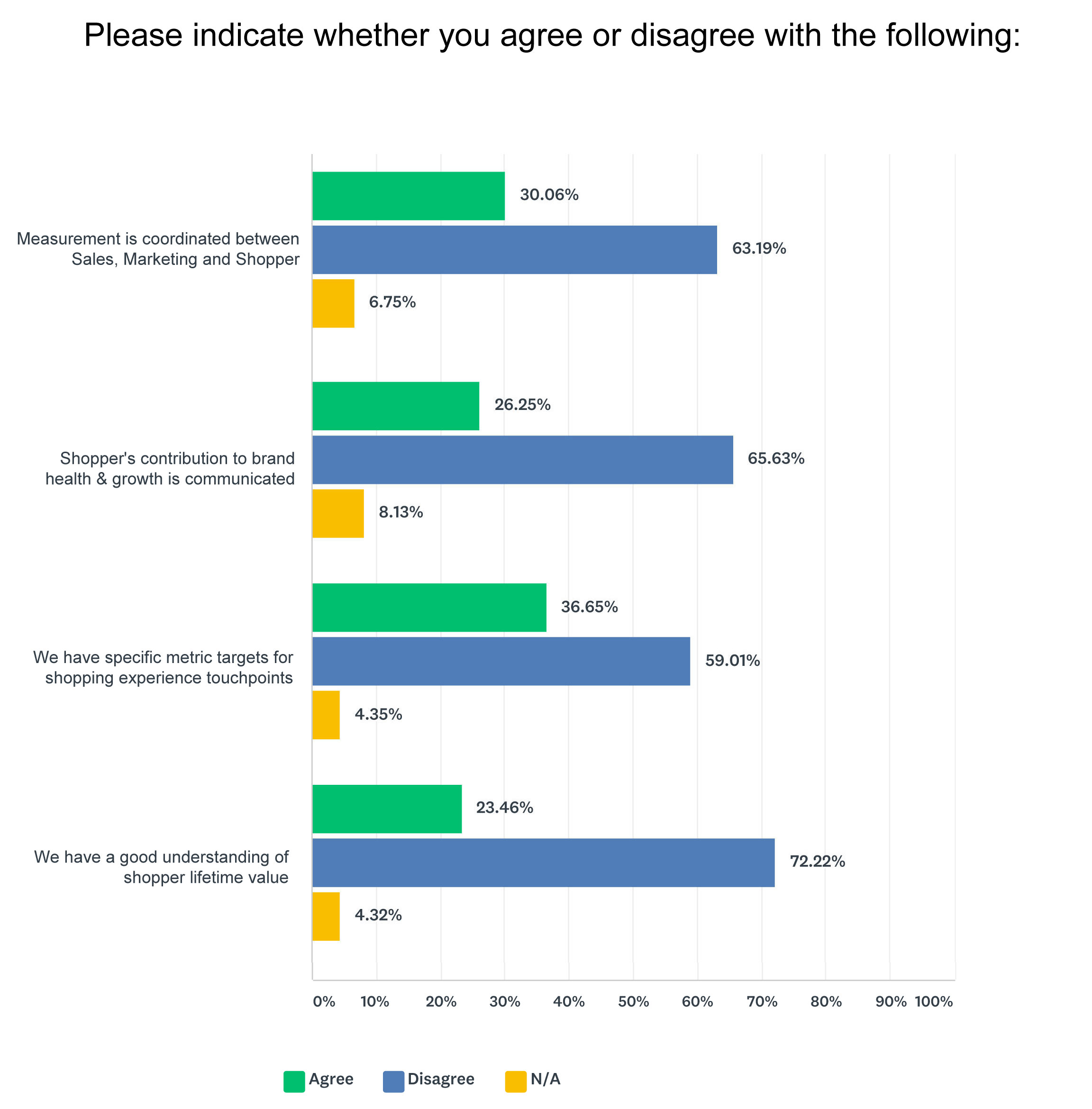 In many ways, the measurement problem is rooted in the definitional problem: if we can’t agree on what Shopper is, we have no standard by which to measure it.

The issue is not only how Shopper programs should be measured; it is also what should be measured and why. Much — if not most — of the measurement discussion in Shopper has been centered on “micro ROI,” or the relative effectiveness of discrete Shopper tactics and standalone Shopper programs. Relatively less attention is afforded to “macro ROI,” or the extent to which the success of Shopper initiatives drive holistic success — brand growth and health in total, and the enterprise at-large.

It’s this latter form of metrics that is relevant outside Shopper’s silo, as it illustrates the degree to which the success of the brand team and the sales team — and the enterprise in total — depends on the success of Shopper. At a minimum, Shopper should be measured on the same basis as everything else: sales, share, and margin. In addition to that, what did it do for the retailer? “Being measured against the same standards as other marketing activities cannot help but drive home the point that Shopper contributes as much — or more — as everything else to brand health and growth,” says Barry Roberts.

The full measure of Shopper’s contribution cannot (and should not) be reduced to a number, however. Its leaders must find ways to express its value to those in marketing and senior leadership beyond the traditional metrics of sales lifts and short-term ROI. While sales measures are important, they do not tell the whole story of Shopper. Nor do they necessarily make a relevant case to those outside Shopper. These measures, when presented in isolation of Shopper’s full contribution, also place in sharp relief its reputation as short-term and tactical, rather than long-term and strategic.

This goes straight to the heart of the central challenge facing Shopper and its future: It must cross the great divide from its traditional role as short-term and tactical to long term and strategic. It must transition from being viewed as a collection of tactics and executions to its rightful place as a vital and multi-dimensional driver of long-term brand strategy and growth.

The implications of this touch how Shopper programs are designed, implemented and, most of all, evaluated. It entails how insights are developed and applied; how programs are created and integrated; how innovation is approached; and how training and careers evolve. The full measure — the result and value — of Shopper is fully dependent on all of these things, and more.

The bottom line with Shopper is that it is not a matter of measuring the return on a limited offer (that might have been good enough in the old-world of sales promotion). It is about capturing the lifetime value of long-term Shopper strategies both in terms of shopper loyalty and retailer relationships. Anything less sells short Shopper’s ability to align with shopper behavior and in so doing build the kind of lasting bonds that drive brand health and growth over time.

The point is not simply to measure for measurement’s sake. It’s to find new ways to communicate the value Shopper brings across brand and retailer organizations, both in terms of immediate financial gains and long-term equity measures.

July 31st: Should Shopper be re-named?