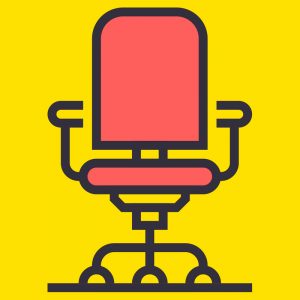 Given the apparently broad consensus that silos within organizations are not helpful in terms of integrating much of anything (and definitely not brand and retail strategy) it’s a little surprising that so many organizations are building a sparkling new silo called “digital.” It may not be surprising given the rapid growth of digital engagement by consumers and shoppers alike, but it surprising because digital is so easily recognized as medium or channel for engagement — a touchpoint — but not a discipline of marketing unto itself.

In other words, digital is part of an integrated brand and retail strategy but it is not the strategy. “Digital is a tactic, it is not a program,” says Alysia Ross of Danone. “It is part of the program, but not the initiative itself.”

Are silos the problem?

Silos are not necessarily an inherently bad thing. It’s important to define and develop specific areas of expertise. The problem occurs when this gets in the way of effective understanding, communication and collaboration between the silos. Given the nature of digital as a medium, it makes little to no sense to separate it out from the rest of the organization. It would be like having separate silos for television, radio and print.

Shopper frequently falls victim to another version of the same kind of cloistered thinking. When shopper is thought of as a tactic, or a medium for marketing (or sales), its true potential short circuits. Retail is sometimes described as a medium, and in some respects that is true — it can be a vessel for displays, signage and other vehicles for brand messages. But that view sells short retail’s full potential as a platform for commercial innovations that engage shoppers and improve not only their shopping experience but also their daily lives.

“It’s silly to view digital as a separate function,” says Mike Clifford of Kellogg’s. “From a Shopper standpoint, it’s so infused with what we do. It’s like saying that your car has seat belts. Pointing out that you have a digital strategy or are doing digital shopper marketing is superfluous because it’s just what you do.”

The importance of digital as part of a Shopper strategy is amplified by the difficulty of implementing Shopper initiatives in stores. “Even if we don’t have in-store exposure, we get a significant lift from digital alone,” says Barilla’s Debbie Zefting. “Sometimes there’s a perception that Shopper is in store only and that digital communication needs to come from our digital team — not even realizing that a third to a half of the shopper budget is digital.” Tammy Brumfield underscores an often overlooked synergy: “I believe that the way that shoppers are engaging with categories and products on Amazon, has some halo effect at brick and mortar stores,” she says.

Even though digital is a medium and shopper is a strategy, they share a related problem, which is silo-based isolation within the organization. “An island off the coast,” as Alysia Ross puts it. Both would benefit from a more open organizational architecture that accepts them as essential to brand health and growth in total, and not just within the confines of their speciality. Tammy Brumfield suggests that data is the tie that binds Shopper and digital, making the two virtually indistinguishable: “Whether or not digital teams want to call what they do shopper marketing, they are diving into the data, understanding shopping behavior and delivering the appropriate messages or prices to motivate behavior,” she says. “That’s shopper marketing.”

A related and equally important issue is the role of e-commerce, which is not necessarily the same as digital, though they are often lumped together for obvious reasons. The distinction is that digital typically is a medium for an advertising or promotional message, while e-commerce is a mechanism for a transaction of some kind. So, where digital might be an online ad, an app, or content that carries a marketing message, e-commerce is the means through which interest converts, and a purchase is made.

What about e-commerce and social shopping?

Both digital and e-commerce obviously play a role in any integrated brand and retail strategy, however some troubling disconnects are apparent. Specifically, it seems that certain message-based digital campaigns are not linked to an e-commerce opportunity to purchase the promoted brand. Oddly, this is known to happen even on e-commerce platforms like Amazon, where, for example, a movie tie-in offer is not connected to the sponsoring brand’s e-commerce page.

The digital effort is viewed purely as a media buy, with no linkage to the transactional opportunity that is just a click, tap or swipe away. Maybe there’s a reasonable rationale for this, but it’s hard to see what it would be, especially given the evergreen doubts about the return on investment of marketing spending. Why would any brand squander such an easy, near-in opportunity to make the cash register ring? This is a problem that would seem quickly solved with a more integrated approach to digital, e-commerce and brand and retail strategy, writ large.

No discussion of digital’s role would be complete without mentioning the brightest, shiniest object in its universe, social media. Social media is a potentially a very powerful platform for brand and retail engagement, but again it is often approached as a tactic, not a strategy, with results measured in terms of clicks, likes and impressions instead of dollars and cents. A very real danger is that an active social-media presence is regarded as tantamount to brand engagement, when it is often too fleeting have any meaningful, tangible, or remotely measurable, effect on long-term brand health and growth.

To the extent “social shopping” has seen success, it has been on a limited, short-term basis. Usually, it’s a quick burst of social engagement that sells huge quantities of a fashion or novelty item over a short period of time. User-generated content has also proved some value as a means to build brand image, equity and engagement through photos, ratings and other information and experiences shared among groups of people online.

To a large degree social shopping activity is confined to younger people, with limited disposable income. What’s more, the idea that social media has relevance in the realm of routine, small-ticket purchases (e.g, grocery items) is dubious at best. It’s hard to see how most forms of social media contribute to the convenience factor that governs such purchases.

The application of social media to build communities around brands might play a valuable role, however. For example, General Mills centers its Betty Crocker brand not on its products per se, but on an interest — baking — that is shared by its consumers. This has not necessarily manifested as a social-media platform in and of itself, but it certainly points in that direction. The opportunities are there, though admittedly they may be narrow.

Ultimately, the very same organizational disconnects that suboptimize digital and e-commerce, afflict social media. To the extent there are opportunities to integrate social media and shopping, they must be fully wrapped into brand and retail strategy.